I spent a day following a group of researchers who are tagging Black and White rhinos in South Africa. The rhinos are tagged so that scientists can keep track of the population inside the Phinda Game Reserve. While a rhino is under sedation, a computer chip is also carefully inserted into their horn, so that in the future, if poachers do kill that rhino, the horn can be traced back to a specific animal if the horn happens to be confiscated by the authorities.

It was amazing to be able to touch such a massive animal that under different circumstances would be extremely dangerous to be around. This young male was re-united with his mom who was snorting impatiently in the bushes nearby. 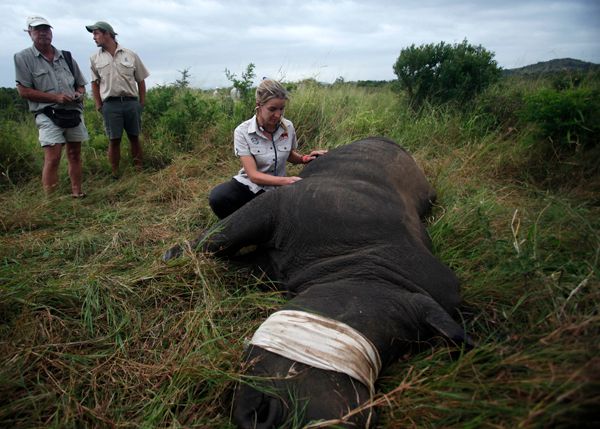