Never one to shy away from controversy, Channel 4 (UK) just aired a show, Survival of the Fastest, exploring in-depth the myth that black athletes are better at certain sports because of slavery in which four-time US Olympic Gold Medal Sprinter Michael Johnson is followed as he researches his own slave ancestry and makes some strong conclusions based on his findings.

Here is the trailer:

I was hired to shoot a portrait of Johnson for Channel 4. The inspiration for the photo came from Richard Avedon's portrait of an old ex-slave. The picture needed to show Michael as the entrepreneur that he is, but hint back to a time when the title of Olympian or entrepreneur would have been unimaginable for a black American. 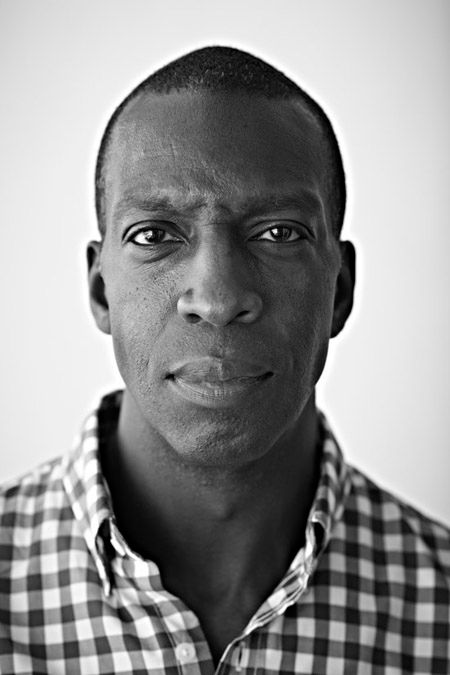